Aluminum phosphating: The effects of accelerators, fluorides, Mn2+, Ni2+, Zn2+, PO4; and Fe2+ on the phosphating process of aluminum were studied in detail by using SEM, XRD, potential-time curve, and film weight changes. Studies have shown that: Guanidine nitrate has the characteristics of good water solubility, low dosage and rapid film formation, and is an effective accelerator for phosphating of aluminum materials: fluoride can promote film formation, increase film weight, and refine grains; Mn2+, Ni2+ can significantly Refine the grains, make the phosphating film uniform and dense, and can improve the appearance of the phosphating film; when the Zn2+ concentration is low, the film cannot be formed or the film forming is poor, with the increase of the Zn2+ concentration, the film weight increases. Great influence, increase PO4. The content increases the weight of the phosphating film.

Electrochemical surface strengthening of aluminum and its alloys. The process, function, description, composition and structure of ceramic-like amorphous composite conversion coatings formed by anodizing aluminum and its alloys in neutral system were discussed. The film-forming process and mechanism of the coatings were discussed. The results of the process research show that in the neutral mixing system of Na_2WO_4, the concentration of the film-forming accelerator is controlled to be 2.5-3.0g/l, the concentration of the complex film-forming agent is 1.5-3.0g/l, and the concentration of Na_2WO_4 is 0.5-0.8 g/l, the peak current density is 6-12A/dm-2, weakly mixed, the gray series inorganic non-metallic film layer with complete uniformity and good gloss can be obtained. The film thickness is 5-10μm, the microhardness is 300-540HV, and the corrosion resistance is excellent. The neutral system has good adaptability to aluminum alloys, and can form films well on various series of aluminum alloys such as rust-proof aluminum and forged aluminum.

0
PREV: What are the Application Scope of Die-casting Aluminum Parts？
NEXT: About The Performance Requirements Of China Zinc Die Casting Manufacturer 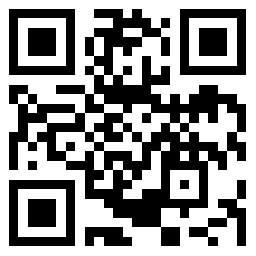